Who Cares About Mission? 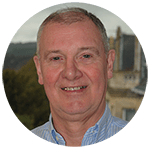 Originally from Scotland, John has lived in Bristol, South West England for 23 years. The move south saw him take up the role of Regional Director with the Overseas Missionary Fellowship (formerly China Inland Mission). John and his wife Pearl have had a particular interest in China and have visited on a number of occasions. In 2008, John joined Echoes of Service as Operations Director, becoming General Director in December 2015.

As we begin a new year, and Echoes International launches, we celebrate what God has done over 140 years in global mission. We also note the expansion of the church, particularly in the last 35 to 40 years, has been nothing short of phenomenal. And yet there remains much to be done.

For example, Turkey has a population of 73 million, with only 5,500 believers from a Muslim background. In South Thailand there are only a few known believers among the 4 million Pattani Malay Muslim people. In China, there are still over 1.3 billion people who do not know Christ and millions who have never even heard His name.

Throughout history, the church has, at times, singularly failed to recognise the need for Gospel expansion. From Jesus’ commissioning of the disciples, it took until Acts 8 before there was intentional witness beyond Jerusalem. Even then, it happened as a result of persecution. In the late 18th century, William Carey argued the case for overseas missions among his peers. As he spoke, he was interrupted by an older man who said, “Young man, sit down! You are an enthusiast. When God pleases to convert the heathen, he’ll do it without consulting you or me.”

Today, there are still those who have little vision for global mission. Some say, ‘missionaries are no longer needed; the job has been done’. Or because the need is great here, others suggest that the UK church should use its resources locally rather than sending workers overseas.

So, is the day of the Western missionary over?
The answer is a definite, ‘No!’

At a recent conference in Ethiopia, I repeatedly asked African leaders if missionaries were still needed. The answer was: ‘Yes, we need people to teach us how to govern effectively, how to live with integrity when corruption is rife, and we need those who are Bible teachers and can teach leaders.’

In some countries, the church is not yet strong enough to effectively reach its own people or countries which appear to have been reached have vast areas with no evangelical presence. The church in China is largely in the east, but west and south China are home to many Islamic and unreached tribal people. Workers are still needed.

With respect to the spiritual need in the UK, I agree this is serious, and frankly, it will become even more serious, since our society has lost its spiritual moorings. The answer, however, is not to halt the sending of workers to global mission, but to mobilise the UK church to reach broken lives in our neighborhoods.

So, whose responsibility is mission?

1. Mission is God’s responsibility. The Trinitarian statement of Matthew 28 mandates us to go and make disciples of all nations. However, the Gospel mandate is not confined to one proof text or a simple command. Through the whole of Scripture, we see God’s unfolding plan for the nations, His heart for the world – that the peoples of the earth may know Him, worship Him and find their fulfilment in Him. God’s heart for the world challenges our perspective on global mission.

2. Mission is the Church’s responsibility. In Acts 13, a church, under the leading of the Holy Spirit, send two of their best people in mission. In Philippians, we see a church with a heart for mission faithfully supporting a worker in prayer and with finance through a pastoral visit¹. The unfinished task still calls local churches to send and support.

3. Finally, the task of mission is an individual’s responsibility. In the Old Testament, God calls Abraham², Isaiah³ and Jonah4 into His service. In Galatians 1:15, we are reminded that Paul was God’s chosen instrument before his birth, and was prepared and equipped to be the apostle to the Gentiles5.

Given the ripeness of the harvest, please join us in the request of Jesus, asking that the Lord of the harvest will send workers into His harvest field.1.