When School is a Battleground 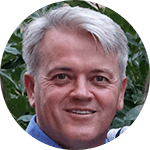 Alec was born into a non-Christian family in London, and after a life of various forms of rebellion, trusted the Lord at the age of 22. He left for Italy as a mission worker in 1995, where he met his wife Patrizia, with whom he has 3 children.

Bringing up a family in another culture can certainly have its challenges.

Many of the things that we take for granted in the UK are non existent here in Southern Italy. One of the things we found hardest to accept was the whole school system.  Children are kept in the same class room for 6 hours a day without the opportunity to go to the play ground or anything similar. As you can imagine, the children get frustrated and behaviour is bad. Facilities are poor to say the least; it’s not just that the children aren’t allowed to go to the playground or sports field, the fact is that there aren’t any school outdoor spaces at all.

Many teachers are guilty of bullying students and of not teaching properly, so they actively help students to cheat in order to pass exams. Added to this, students often strike and occupy schools, meaning that up to a month of term-time is lost each year.

Both of our sons, Josiah and Joseph, went to school in deprived areas and had family members of gangsters in their class. Drugs and violence abounded. We often wondered if they wouldn’t have been much better off in the English system!

As the boys grew into their mid teens we noticed that the environment was having an increasing effect upon them. We became concerned as we began to notice a change in their attitude and a growing lack of interest in spiritual things.

Having prayed that that the Lord would put them in the school and class that He wanted for them, we did at times wonder whether we should help God and take things into our own hands!  The real question was “Can our God keep them and even use this all as a blessing?”  We came to find out that the Lord was working in and through every situation in ways unknown to us.

During this time, there were two things of fundamental importance to our children.  A loving and living church with a solid young people’s group, as well as Christian Camps which introduced them into a wider network of Christian young people.

The Lord in His goodness was pleased to use these means as a blessing for our children, and we are so grateful to Him for that.

We are mindful that many missionary children, whose parents work in pioneer or other difficult situations, do not have these opportunities. The certainty of our hope is built on the truth that He is the living bread that came down from heaven (John 6:31, 33, 35) and is more than sufficient for every need and able to use any means to bless and keep the children of those that serve Him (Colossians 2:9-19, Hebrews 7:25).  He is amazing, so while in normal circumstances he uses normal means such as churches, youth groups and camps, when these are unavailable, he is not frustrated!  He can even use pagan widows (1 Kings 17), or even donkeys to to accomplish His work (Numbers 22, Mark 11:1-3)!

We came to find out that the Lord was working in and through every situation in ways unknown to us.

Josiah was the first to trust the Lord when he was 17 and his transformation was immediately evident. He began to have a positive influence on those around him, both at school and in the church.  His conversion had a profound effect on his younger brother, Joseph, who first seem to rebel against it, but it soon became clear that the Lord was convicting him. The witness of other young people consecrated to the Lord at camp the following summer really challenged him and it wasn’t long before he too surrendered to the Lord.  He was 16 at the time of his conversion.

Looking back we can see the Lord’s hand especially in the difficulties they faced growing up in a deprived area which is hostile to the gospel.

Josiah is now 19, and left last week for 10 weeks of mission experience in Guinea Bissau, helping the locals to speak English.  What really impressed me was that he worked for 6 months in England to save some money and has used it all for this trip.  We cannot think of a better use for his money.

Living in the midst of poverty has made Josiah very sensitive to those worse off than him.

Joseph’s just turned 18 and finished school last week. Since his conversion he went on daily mission trip to school!  His prayer was “Lord I’ve been here for 5 years, I need to tell them about you, please help me!” As Joseph is quite a personality, his conversion has had a striking effect on the school, and the Lord has given him many occasions to share his faith privately and publicly.  Some of his friends are staring to come to church, even one of his teachers came along once.  Living in the midst of people hopelessly lost has made Joseph very sensitive to those who haven’t had the privilege of growing up in a Christian home.

There have been many challenges bringing up our boys here in Pozzuoli. That said, looking back, we wouldn’t have wanted it in any other way. We wonder what challenges we will face as our daughter Joy, now 8, gets older…