We are Meant to be Different 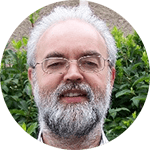 Mark is the GLO Europe Training Director and coordinator in the Enable Training Forum. He and his wife Shirley now live and serve in London, based at Highgate International Church. Previously (1983-2004) they, along with their five children, lived in Zambia, engaged in Bible teaching, church planting and social care projects.

Getting excited about the different ethnic folk filling your supermarket? Positive about cultural differences? Or are we happier with our own folk?

Among the powerful visions that the Apostle John sees, regarding God’s purposes for creation, is the truth that no people group will be missing in those final days. Five times the phrase ‘every people, tribe, language and nation’ is used covering the deception and rebellion of the human race (Rev. 11:9 and 13:7), the widespread proclamation of the Gospel (14:6), as well as the clear statement of the redemptive purposes of Christ (5:9) and the certainty of its outcome (7:9).

This ties in perfectly with Christ’s commission to us directed through the first ‘sent ones’ (apostles) “… make disciples of all nations” (Matt. 28:19). And I have intentionally left off the geographically directive verb ‘Go’, because the challenge is that, whether we go, stay or come, our life’s objective should be to facilitate people of all groups and cultures in the pathway of following Jesus Christ.

The natural selfishness of the fallen heart, even among the best of God’s people, tends to focus inwards, and the habits of life (culture) we develop generate a sense of security and stability in sticking with our own. Added to that, the early church (all Jewish believers) had a familiar history which evidenced God’s special calling of them as a nation to be his people.

While the old covenant clearly was orientated ultimately for the blessing of all nations (Gen. 12 plus Isa. 42), it took a while for the even the Apostles to get their heads around embracing all nations into the church. It wasn’t just the theological mind-shift needed, but also the practical changes required in life style. A kosher-meat-only fisherman has to handle a Roman Centurion’s household menu – and for that, the Lord had to ‘triple up’ a vision which contained a fairly large over-statement about the things that God considers to be clean! (Acts 10)

And now the world has all come to us, rather than there being any necessity to travel!

When my wife, family and I returned from 20 years of missionary service in Zambia, it was to the GLO Centre and Tilsley College in Motherwell – which at that time was a town in which seeing a different coloured face was a rarity. Within a year, the town Council welcomed around 70 families from Congo (DRC) as part of an official refugee resettlement programme. This, along with other more recent migrations, has led to a significant street-level visual change to what was a very mono-cultural Lanarkshire community.

While the old covenant clearly was orientated ultimately for the blessing of all nations, it took a while for the even the Apostles to get their heads around embracing all nations into the church

Interestingly, the local Council sought and received help from local churches to welcome the refugees and help settle them, as it was quickly realised that the vast majority of incomers were practising Christians who naturally looked for church fellowship wherever they went.  Amazingly one of the families were from the same group of evangelical churches (Brethren-related) that we had worked with in Zambia – and we spoke a common Zambian/Congolese language. So we ended up using Cibemba on the streets of Motherwell! One of the guys we helped welcome was a Methodist pastor who, on completing an additional college course, qualified to serve in a Methodist church further south. Another brother functions as an independent evangelist and disciple-maker in Motherwell, and who in his way has sought not to create an African church but to reach out to the indigenous (Lanarkshire) folk.

About the same time the local FE college had a concerted effort to recruit cohorts of Chinese students as part of their expansion plans. Building friendships and running an International Café in the local town provided the opportunity for a number to meet practicing Christians for the first time, to experience as well as hear the message of God’s love expressed to people of all nations in Christ Jesus.

Our increasingly multi-cultural society in UK is a blend of both opportunities to reach people groups we have never imagined we could touch, as well as providing workers to help us reach our own people more effectively.