The Global Gospel – A Reality Today 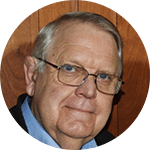 Roberto was born in Argentina to Scottish missionaries, who are now buried in the red soil of northeast Argentina. Roberto worked for 13 years as an architect in Argentina. He married Isabel Czubarski of Ukrainian descent, and in 1991 they went out as full-time mission workers to Argentina, sent out by Greenview Evangelical Church in Glasgow, the same church that had sent out his parents back in 1935. Roberto and Isabel’s main focus of mission has been Bible research and teaching throughout Argentina, Paraguay, Peru, Bolivia, Barcelona and the UK.

The gospel has always been and will always be a global message.

In a globalised world, there seems to be little awareness in the Church that this is the best time in history to reach out globally with the message of salvation.

In general, globalisation has produced reactions worldwide, which come in the form of worries about encroaching communities, a build-up of local identities, withdrawal into close-knit groups and a loss of world vision.

As Christians we are part of the real world, and not immune to these trends.

But, as from the beginning of the Church, this has been a situation faced by all Christians, and so we must learn from history.

Pentecost (Acts 2) was a dramatic breakthrough started by God himself. In a reversal of the Tower of Babel (Genesis 11), at Pentecost God did not make a universal language but offered a universal message. As the delegates returned to their homelands, they took with them the seeds of the universal good news.

It would be the Apostle Paul who would capitalize on this the most, making a decided effort to reach the world known at that time, especially through the vast network of Roman roads (Romans 15:17 -19; 23-24). His dual nationality made him the perfect emissary for this task (Acts 13:9). He was clearly not implanting a Jewish culture, nor taking on board a Greco-Roman culture, but sharing the gospel of Jesus Christ (1 Corinthians 2:1-2).

The very first formal document of the Church, produced at the Jerusalem Council (Acts 15:22-29), testifies to this balanced attitude. With this document, and Silas (the personal guarantee), Paul sets out on his second journey.

This same global spirit was evident in the pioneering missionaries who travelled to Argentina from 1882 onwards. Their emphasis was on the gospel message and its insertion into the local culture. Early on, the work was passed to the charge of keen Argentinian Christians, who developed this mission work with the same principles, and are now taking the gospel back out to the world.

In a reversal of the Tower of Babel, at Pentecost God did not make a universal language but offered a universal message

The work of the first missionaries generated a great respect for ‘those who brought us the gospel’, especially from the United Kingdom. Their initial travel opened the door to the gospel in Argentina, and provided a launch site to share the gospel with all Hispanic peoples, of which there are estimated to be more than 437 million.

The present-day generation of this postmodern world is totally different from the previous one. Young people today do not strive for self-sacrifice, but for self-satisfaction. They do not look for commitment but want options.

We must have the flexibility to offer the many options that a global world presents. Prayerfully, the decision will be theirs.

Those from this generation going into the global effort to share the gospel should be able to concentrate on their personal passion and see Echoes International as their platform to help them move forward in their spiritual fulfilment and the completion of Jesus’ last words (Matthew 28:18-20).

Yet certain aspects of cross-cultural connection are unchanging.

We have three of a family, now grown up – one girl and two boys, all born in Argentina. We travelled with them several times to UK, and there I discovered the essence of cross cultural communication. Meeting with other kids, in churches or homes, they would look at each other, then pick up some connecting toy. Soon they had created their own interaction, and even a word or two started flowing.

In our global world, the lesson is – look for the ‘connecting toy’.

The internet is an excellent tool in virtual connection. For example, in Argentina, we have our own bilingual Bible Teaching site, Didaktos online. The internet offers an advantage, in that all people can tap in anonymously to the gospel. Because of its great scope, the internet provides a unique present-day advantage in sharing the good news.

In this global world, you are an important part of this ‘all inclusive’ challenge. Perhaps God has been preparing you for this moment, as He prepared young Queen Esther (Esther 4:14b).

Don’t miss the moment. Help make the global gospel a reality in our time.