Spreading the Gospel: The Challenge of Mission Today 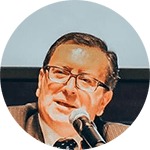 Fares is Director of the Italian Evangelical Bible Institute in Rome, and a preacher and writer. He has a heart for mission, being the son of a missionary couple. He majored at Tyndale Theological Seminary (Holland) in World Evangelisation. For several years, he has served as leader of the Italian Missionary Service Group. He is the author of Turn the world upside down: Biblical-theological and practical aspects of mission.

Today we are faced by many transforming factors that really affect mission at home and abroad.

For example, the world has been reshaped by new communication methods. These have had a significant impact on mission, since it’s possible (via radio/streaming) to broadcast the gospel anywhere. Another transforming factor has been the massive re-location of people groups. The wholesale emigration of nineteenth-century Europeans to the Americas finds its modern echo in the refugee epidemic of our times. We in Italy are overwhelmed by nearly thousands of immigrants who reach our shores or boundaries monthly.

These are only some of the great challenges that we face today in mission.

Yet the gospel, in its simplicity but tremendous power, being unique in its essence, is the only hope for man today, as ever.

Seventy-four out of 92 occurrences of the term gospel in the New Testament are by Paul. The use of the term was a key-note in his thinking, preaching, teaching and writing.

When he wrote his masterpiece to the Romans, in which gospel is a key word, he was aware that they were using the term with its secular meaning to denote good news regarding, for example, the news of a victory against one of their enemies or the announcement of the emperor’s son’s birth.

Yet the gospel, in its simplicity but tremendous power, being unique in its essence, is the only hope for man today, as ever.

But in his introduction to Romans, Paul took this term and gave it a new meaning.

He wrote about himself as being set apart not for the gospel of the emperor but of God, the gospel he promised beforehand through his prophets in the Holy Scriptures regarding his Son. Paul was eager to preach this gospel (and not another one, even if an angel from heaven should preach it) and wasn’t ashamed of this gospel, as it was the power of God for the salvation of everyone who believes.

During the Crimean war, some British colporteurs(1) followed the Northern Italian troops in their trip to Crimea to give out copies of the New Testament. Some 50,000, printed on purpose,were given out freely during the whole war.

One copy was received by a young soldier who wrote inside: ‘Received from an Englishman in the train of the army during the second campaign towards Crimea at the city of Bala Clava’. This young man, Martino, read this New Testament, understanding its message. That New Testament has been read since that year and has been passed on from generation to generation. I’m the fifth generation to have read it.

Let me imagine a heavenly scene where two men will meet:

‘Pleased to meet you. I’m Martino, from Italy’.

‘From where?’ says Martino ‘I think I’ve met you before, your face looks familiar to me’.

‘Well…have you been to England?’

‘I haven’t been to Italy either. Oh no, wait a moment – I passed through the northern part of your country but I was inside a train coach with lots of soldiers…’

‘Oh’ says Martino ‘You’re the one; you are the one who gave to me a copy of the New Testament! I longed for years to have the joy of seeing you again.’

At this point both are in tears, embracing each other, when finally, Martino, almost whispering, will say:

‘Thank you for having given me this little booklet that changed my life!’

The story above should encourage us to do the task of spreading the gospel, stimulating our fellow believers in our local church to do the same because this gospel is still a challenge to us in mission today.

We’ll never know what the results are going to be, but maybe one day in heaven we’re going to meet someone who received a tract or a copy of the New Testament or visited our church only once, who heard the gospel from us.

‘No one has the right to hear the gospel twice,

while there remains someone who has not heard it once.’

(1) From an old French word meaning a person who sells books.