So Far Away: A Story About Incarnation 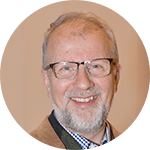 Rupert serves as Mission Director with Echoes International. Rupert and his wife Janet began their life in mission when they moved to Birmingham 1979. After 11 years with Birmingham City Mission Rupert and Janet moved to Pakistan to work in Agricultural Development with rural communities in the mountainous north of the country; they then worked in Thailand for 9 years before returning to the UK at the end of 2011. They are now foster carers, and have five children and four grandchildren, numerous four-legged creatures and assorted livestock.

John 1:14 “The Word became flesh and dwelt among us” (= incarnation)

A bit of background

My wife, Janet and I left the city of Chiang Mai in Northern Thailand at the end of 2011, after 19 years as mission workers in Pakistan and Thailand.

Just before we left, our oldest son, Thomas, and his wife, Rachel, were assigned to new jobs in Thailand – not to anywhere in Thailand, but to Chiang Mai, and they ended up living very near to where we had been based for 9 years!

If you did not believe in the sovereign plans of God, you would have considered it an extraordinary coincidence, but as it happens not only have our paths crossed but many connections have been made in such wonderfully God-orchestrated ways.

When we left Chiang Mai, our last tearful good-byes were with our close friend Jane, and three Nepali-Burmese women who had lived with us for 5 years as nannies with our home-based foster care ministry, which was one aspect of our work in Thailand’s second city.

One of those who had worked with us as a nanny subsequently went to work as a part of Jane’s foster family, where she helped look after a relinquished child who was awaiting an operation to rectify a hole in her heart.

However, after several spells in hospital and just a few weeks before she was due to have her operation she died.

As soon as we heard the sad news, we arranged to make a skype call so we could share in their sorrow.

The next morning found us sitting in front of our computer screen sharing their tears and doing our best to offer some comfort. Although connecting with them via skype brought them closer, it also made us feel so far away, and we just wished that we could have been sitting right there with them.

We are called to be the hands and feet of Jesus, and to speak the words of Jesus, as we live lives that demonstrate His concern and compassion

We longed to be able to offer them a shoulder to cry on, and had we still been living in Chiang Mai we would have taken them some flowers in loving memory of such a plucky little fighter and in appreciation of the wonderful care that they had given her.

As we neared the end of our call – just before I had to leave to preach at our Sunday morning service – we heard the sounds of other people arriving at Jane’s house…and who should appear on the screen but our son and daughter-in-law Thomas and Rachel.

What a powerful illustration of the incarnation!

Suddenly, our own flesh and blood had entered into that scene 7,000 miles away, to share in sorrow in a way that we could not; to give the hugs we were not able to give…and in their arms they carried a gift – a pot of beautiful orchids!

What a joy it must have been for the Father to have seen His Word fleshed out in the compassionate, healing presence of His Son. What a joy it must be for the Son to see us shedding His tears and sharing His healing love as we minister to this hurting world.

We are called to be the hands and feet of Jesus, and to speak the words of Jesus, as we live lives that demonstrate His concern and compassion.

We are called to be participants in the ongoing mission of Jesus of mending the brokenness of our world.

We are called to incarnational living – to give God glory…and joy.