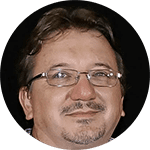 Simon is currently Principal at Tilsley College in Motherwell. He and his wife, Dorit, have served at Hebron School in India and in the Czech Republic. Simon was also pastor at Beacon Heath Church in Exeter. He is a member of the Echoes International Board. Dorit and Simon have two married children and five grandchildren who all live in Exeter.

“The host rides today. Send the heralds forth!…”

“It is as I feared. This wizard has bewitched you. Are none to be left to defend the Golden Hall of your fathers…”

The conversation between Gríma Wormtongue and Théoden King, in Tolkien’s Two Towers,comes at a turning point in the epic story of the struggle between good and evil.

For a long time, the counsel of Gríma has been to wait, to stay behind the walls of Edoras, and to hide within the Golden Hall. To not engage in battle or the struggle for fear of failure and defeat.

when an individual fellowship… forgets that it is a centre for mission, and instead becomes a self-help group for its members, then the result is spiritual ghettoisation

But the result of this was to cause the decline of the Rohirrim, and a shrinking of their culture and influence from the glories of the past. To a time where visitors to Edoras are forced to speak the language of the City, not the language that all understood. A culture of withdrawal, suspicion and despair, epitomised by the decline in Théoden himself.

The arrival of Gandalf, Aragorn, Gimli and Legolas changes things dramatically. Gríma’s advice, indeed Gríma himself, is described by Gandalf as láthspell; ill-news, a clear reference to its opposite, gōdspell; good-news.

And it is, despite Gríma’s protestations to the contrary, good news that Gandalf brings to the Golden Hall. Not a message which will immediately bring peace, but one which will turn the inward-looking Rohirrim into outward-going warriors for truth. The call becomes “Forth Eorlingas!” and they will play a decisive role in the defeat of evil and in the preparation of the coming of the King.

A similar struggle is occurring in our churches. For too long we, in the UK, have listened to Gríma-like words and counsel, we have listened to láthspell, not gōdspell. We have become inward-looking and pastorally-centred, concerned about the defence of what we have, the maintenance of our traditions, in the face of what we perceive to be the growing threats from the outside world, declining congregations and diminishing obvious influence in the social and political arenas.

And when this attitude becomes endemic, when an individual fellowship, or indeed a group of churches, forgets that it is a centre for mission, and instead becomes a self-help group for its members, then the result is spiritual ghettoisation.

However, as Gandalf shows in Lord of the Rings, decline is not battled through entrenchment but through advancement. Like the Rohirrim, we need to turn from defending our walls as we gradually decline, to following the demands of the Good News, to take the story and message of Jesus to the world.