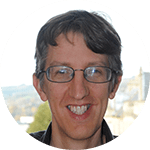 Richard currently works part-time for both Echoes International and GLO Europe. He and his wife both studied at Tilsley College. They subsequently spent 11 years in Peru where, amongst other things, they helped to set up a national level training programme which was then passed on to Peruvian leadership. They have two children and currently live near London.

There are a great many moments in the Bible where I would love to have been a fly on the wall observing what took place. From a missions perspective, looking in on the meeting we read about at the start of Acts 13 might be fairly well up the list. It only takes a couple of verses to tell:

“While they were worshipping the Lord and fasting, the Holy Spirit said, “Set apart for me Barnabas and Saul for the work to which I have called them.” So after they had fasted and prayed they placed their hands on them and sent them off.”

In amongst all the questions left hanging, it can be easy to miss that this wasn’t even the missionary call of Paul and Barnabas.

When the message comes, it’s to ‘set apart’ these two men.

Because, says the Spirit, ‘I have called them’.

That is, the Spirit had already called them both before this meeting even started.

That must have come as quite a shock. After all, surely these two were already busy and active in Antioch. They made up two-fifths of the church leadership. It’s not hard to imagine Paul preaching and teaching regularly. And who wouldn’t want a pastoral visit from Barnabas, someone who was given the name later in life specifically because it means ‘son of encouragement.’ What will the church be like if they respond to the call and send them away to serve elsewhere?

It would have been easy to decide that the message from the Spirit had been somehow misunderstood. Or to delay the decision until they had a clear idea as to how they would cope without them. But no, here’s a church who obey the Spirit and allow two of their key people to leave, even though it would be costly for those who stayed, and the gaps that Paul and Barnabas left would need to be filled.

When we think about missions in the 21stcentury, it’s not only about those who go. God also calls churches to send, and that can be costly today, just as in the first century. Those called to leave are likely to be the ones who are active, and so need to be replaced in each of their roles. It can be easy to see the needs close at hand and feel that there must be some mistake. Why would God take them somewhere else when they are doing such valuable work here? Isn’t there enough to do where they are right now?

Releasing our best people to serve in other churches in other places will challenge our faith and push us in new directions. Yet if we want to walk with the Spirit, then we must respond.

Luke writes in v3 that Paul and Barnabas were sent by the church in Antioch and in the very next verse states that they were ‘sent out by the Holy Spirit.’ There’s no contradiction. The Spirit wants them to leave and wants the church to support them in that. And the same Spirit is working in and through both groups.

So, as we look around our churches today…are there members who have been called to go? And are we prepared to make the sacrifices necessary to send them?

The Spirit is calling us all to our different roles. May he give us all the courage to respond.